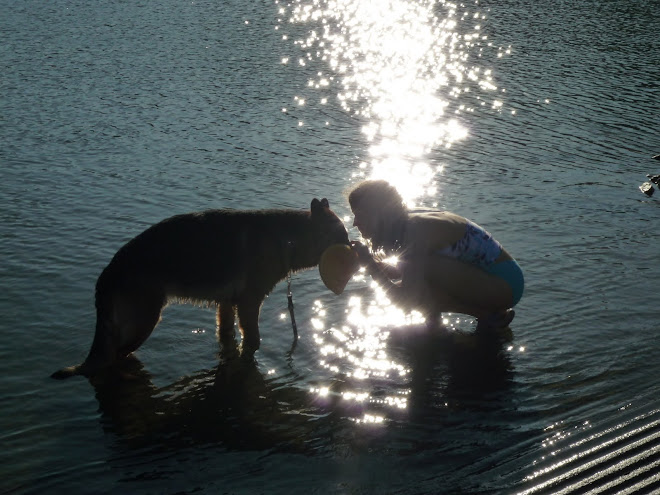 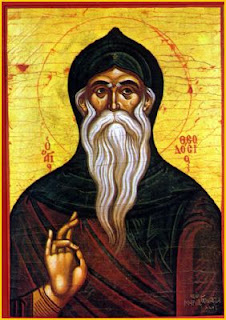 Today (January 11) is the Feast Day of Saint Theodosius the Great. From a very early age, St. Theodosius's heart was aflame for God. As a young man he set off for the desert of Palestine and found a cave to live in. He spent the next 30 years there alone in fasting a prayer. His diet consisted of dates, carob beans, raw vegetable-herbs, hearts of palm, and legumes soaked in water (sprouts!), all foraged from the surrounding land. Eventually, the renown of his devotion and the Divine Light that shone in him became known and many disciples began flocking to him for spiritual counsel.

Up until this time, all monastic communities were quite small and consisted of only a handful of brothers or sisters. But St. Theodosius changed all this. There were so many people who wanted to be under his direction that he start what has come to be known as a cenobitic monastery (cenobitic simply means populous), where more than 500 monks came to live under his care.

St. Theodosius was an extremely compassionate man. Within the confines of his monastic community, he established a hostel for the poor and homeless, a hospital for the sick, a hospice for the elderly and dying, and an asylum for the mentally ill. He would cleanse the most repulsive wounds of the lepers himself and tenderly embrace them. Once during a local famine, the hungry would come to the monastery for food and the tables of the dining hall had to be continually replenished all day long. No one knows where the food came from, but the kitchen pantry was always filled with enough to feed everyone.

Many people experienced healing miracles through his prayers during his life time. And once, when the crops in the fields were being destroyed by locusts, his prayers sent the pests away and saved the grain from being destroyed. His prayers were also said to bring rain when needed. Travelers who were lost in the wide desert claimed that he guided them to the monastery and saved them from perishing.

Once when two of his disciples were quarreling bitterly, he threw himself at their feet and refused to get up until they had become reconciled with one another. He was a man of great love, faith, and humility. He lived to the age of 105, and many miracles have been reported by people who have prayed to him for help since his death.

Day 8 (January 9): I threw up again last night, mostly mucus with a little stomach acid. Not much total, but it provided enough relief to allow me to sleep. Slept from 12 AM to 4 AM and again from 5 AM to 7 AM for a total of 6 hours. My weight was101.4, blood pressure was 96/66, my pulse was 76, and my temperature was 98.1. Still nauseated pretty much all day off anf on. They gave me some plain carbonated "sparkling" water to drink as needed for this and it does seem to help. I only use it if I absolutely have to. I had mild upper and lower GI gas, but no bowel activity. Drank 2.5 quarts of water.

Day 10 (January 11): Slept from 3 AM to 7 AM and again from 7:30 AM to 9:30 AM, for a total of 6 hours. Took a nap during the day from 1:30 PM to 3 PM. Stayed in bed all day until around 5 PM at which point I finally started to feel somewhat better (good enough to post a new entry on my blog!). Still mildly nauseated this evening. Dr. Klaper say it will eventually pass. I hope so, because 40 days of this will be like running an ultra-marathon (without training!). My weight was 100.0, my blood pressure was 90/60, my pulse was 88, and my temperature was 98.3. Still have quite a bit of upper and lower GI gas, which is considered to be completely normal and due to bacteria breaking down toxins in the body. No bowel activity. Drank 2.5 quarts of water.

On another subject, which my be of particular interest to woman, I wanted to discuss my menstrual cycle. I started my period on the same day I started my fast (January 2). I have now been bleeding for 10 days. It has not been heavy, but it has been continuous (very light for the past 5 days). The blood is a dark brown-black color and smells like rancid fish. It is really quite disgusting. Since I have been following a very low-fat vegan diet, my period has only been lasting 3 days and the blood is a bright red color. So, what is happening now is very much out of the ordinary for me. Clearly, I am eliminating a lot of junk from my uterus. Kind of scary if you want to know the truth (to think that all this has been stored inside me somewhere!). They tell me this is all completely normal on a water fast as well.

You may have read that when you go on a fast, your tongue develops a thick white coating which is a sign of the intense elimination taking place in your body. I thought I would share my tongue with you, so you can see exactly what this looks like. I brush it every day, but every day it comes back. It makes the water taste kind of bad. (I don't mean to gross everyone out; i'm just trying to accurately document my experience.) One of the signs that your fast has completed its task is that this coating clears up by itself (but this usually requires a fair long fast). 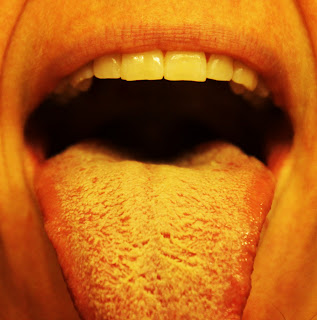 You learn to speak by speaking, to study by studying, to run by running, to work by working; in just the same way, you learn to love by loving.

you are amazing -
Francis

You're doing so great, Esmee! I really appreciate hearing the details of what you're experiencing. Really glad you felt better enough to share. Here's to your feeling magnificent in the days to come! XO

I wonder how much those parasites have to do with the way you feel too. Nasty little varmints dying off, fighting for their lives.

The Light of God surrounds you.

Hello to a very coureagous young woman. I'm thrilled that you are continuing to eliminate and would like to hear about a bowl movement. Is it normal to go so long without one when you are consumming only water??? Have you had any hunger?? Or are you too nausiated to have hunger??

Keep up the great attitude and all will work itself out and out of your system. Take care and give Sasha a hug for me when he visits again :) Love you, Mom

Hi Esmee. Kim mentioned your blog, so I thought I would tell you a couple of stories. I helped a woman fast once (26 days) and on day 19 she shat out a handfull of dead roundworms. It was the most curious thing. She had had a lot of symptoms for these buggers, and it was amazing to see them go. Another gal I helped fasted 24 days and for 10 days of her fast her nose drained out green gook, and her yoni drained out various darker shades of green for two weeks. She had purposely timed the fast to coincide with her period. So, at one point she had goop coming out her nose and her yoni. And, she had been raw vegan for a couple of years, vegan before that, and had done two other shorter water fasts before that.
So, good work. I wish you the best of luck in finishing your fast to your satisfaction.
Ben

Wonderful stories, Ben! Thank you so much for sharing.